NOAA Predicts Less Active Atlantic Hurricane Season But What Does That Really Mean?

NOAA has revised its May prediction regarding the Atlantic hurricane season, saying that forecasters are now expecting a less intense season than originally anticipated. As we are entering what often proves to be the worst time of year for hurricanes in the Atlantic, that’s good news — but it doesn’t mean the danger is over! […]
Schedule Free Consultation

NOAA has revised its May prediction regarding the Atlantic hurricane season, saying that forecasters are now expecting a less intense season than originally anticipated. As we are entering what often proves to be the worst time of year for hurricanes in the Atlantic, that’s good news — but it doesn’t mean the danger is over! 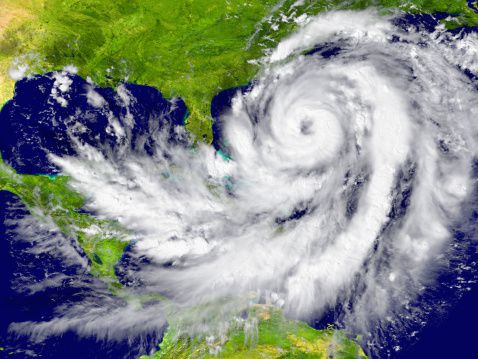 As of early August, NOAA gave the following updated predictions regarding this year’s hurricane season for the Atlantic:

Thus far, in the Atlantic, there have been only 5 named storms (Alberto, Beryl, Chris, Debby, and Ernesto). Two of those developed into hurricanes, but neither of them went on to develop into major hurricanes.

Based on NOAA’s current predictions, there will be between 4 and 8 more storms, of which 2 to 5 may turn into hurricanes. Of the hurricanes, there is a chance that none of them will turn into major hurricanes, but there still remains a threat of severe storms for the U.S. Keep in mind that this does not involve landfall predictions, which are more closely tied to short-term weather patterns.

Another aspect of their revised predictions involves the probability of whether or not this will prove to be a normal hurricane season. The current forecast is:

Why We’ve Had A Below Normal Season Thus Far 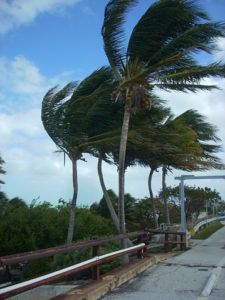 We’ve reached what is considered peak hurricane season, and thus far the predictions have proven accurate.  One of the measures of the lifetime and strength of storms is Accumulated Cyclone Energy. Thus far, the accumulated cyclone energy for the Atlantic is below average for this time of year. The hurricane season is remaining extremely mild, and meteorologists have attributed this to three key things: cooler temperatures, dry air, and El Niño.

The first reason for a below-normal season prediction is cooler than average temperatures, including those across the surface of the Atlantic Ocean and the Caribbean Sea. Temperatures have also been cooler between the Lesser Antilles and Africa. When disturbances exit Africa, they are met with cool air and a stable atmosphere that works to suppress them.

Air in certain regions of the Atlantic has been much drier than usual, making for an atmosphere that is inhospitable to the development of storms. Another major factor is El Nino. Right now, meteorologists are predicting a 60-70% likelihood El Niño will develop with enough strength to suppress further storms. El Niño is expected to produce enough wind shear to disrupt thunderstorm formation.

Thoughts as We Enter Peak Season

Hurricane season comes to an end on November 30, but we aren’t out of danger yet. Historically, most of the devastating hurricanes tend to occur between the last part of August and late September. That means the most dangerous time of hurricane season is already upon us, and the longer we go without a hurricane then the more likely it is that one will develop.

The Atlantic hurricane season has been quite mild this year, due in no small part to lower sea and ocean surface temperatures, dryer air, and the development of El Niño. While in all likelihood we won’t see the same level of hurricane-wrought devastation that we experienced last year, there remains a significant threat of hurricanes — especially with recent developments in the Atlantic hurricanes’ MDR. Keep in mind that these are only predictions, and that it only takes one severe hurricane to wreak havoc and destruction to an entire state. After a full year, people in Houston, Texas are still recovering from Hurricane Harvey. Stay alert to warnings, and don’t take the personal safety of you or your family for granted simply because this is expected to be a below normal hurricane season.