Get Into the Game!

The Competition is Fierce in the World of Sports and Wearable Devices. Wearable technology in sports is now commonplace as multiple teams and coaches look for ways to gain an advantage over their competitors. These wearable devices also allow non-professional athletes to track, monitor and improve their performance and well-being. Across all levels and types […]
Schedule Free Consultation

The Competition is Fierce in the World of Sports and Wearable Devices. 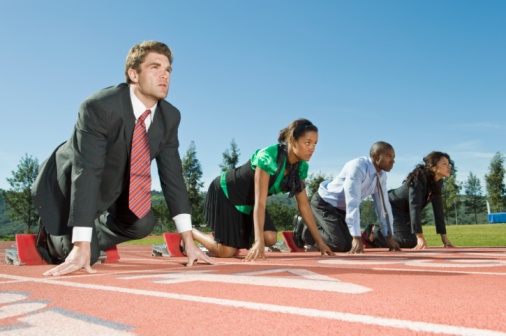 Wearable technology in sports is now commonplace as multiple teams and coaches look for ways to gain an advantage over their competitors. These wearable devices also allow non-professional athletes to track, monitor and improve their performance and well-being. Across all levels and types of sport, wearable device technology has a prominent presence, and it’s growing.

Sports teams are getting smarter. Their coaches and players have embraced wearable technologies to help them track and improve performance. Team coaches use the data from these devices to train athletes and to make tactical decisions. No longer do they have to rely on their gut instinct to coach a player.  They now have hard data at their fingertips to improve their decision making. Wearable technology is now heavily ingrained into professional sports throughout the world.

Technology has changed both professional and amateur sports. Participants and coaches alike can make calculated decisions from metrics that can be taken into account and utilized. Although mainly used for performance monitoring, this wearable device technology is also being used to mitigate the risk of injury and player safety.

American Football:  Today, improving speed and running ability requires careful analysis of technique, and the Sensoria Fitness Sock is designed to do just that. It’s sensor-filled sock, attachable anklet, and a smartphone app helps athletes and their coaches monitor running techniques. The sock contains e-textile sensors that measure speed, count steps and track calories, altitude, and distance. It also does something no other type of smart footwear does–track cadence, foot-landing technique and weight distribution on the foot. The electronic anklet snaps onto the sock and communicates real-time data to external devices like smartphones. And now, the NFL is now able to not only track their players’ performance via wearable devices but broadcast these stats to their TV viewers if they wish.

Baseball: Similarly, Major League Baseball has incorporated technology and data-based companies to help improve performance aspects for their players. The Whoop Strap 2.0 was approved by the league in 2017. The WHOOP device is designed to be worn day and night. It can be worn on various parts of the body, and it measures sleep, recovery, and strain. Before this approval, players could use these devices at any other time, but not during games. The sport’s playing rules committee recently approved two additional devices for use during games: The Motus Baseball Sleeve that measures stress on elbows and the Zephyr Bioharness that monitors heart and breathing rates.

Track and Cycling: Running and jogging are the most common form of cardiovascular fitness in the US today. However, a whopping 70% of runners, unfortunately, suffer from foot-related injuries. The team from Sensoria Fitness Sock hopes to help. Just like they do for football players the smart sock provides feedback that the runner needs. This comes in the form of audio when they’re running. It acts like a coach who analyses the way they take each step. If they exhibit heel striking or unequal weight distribution that can cause injuries, the runner is alerted. This way he or she can make corrections right away. Both professional and every-day runners and cyclists can benefit from this technology. Radar Pace, a joint effort between Oakley and Intel, developed glasses with earbuds attached to the temples that connect the athlete to their coach who advises them in real time about stride length and pace (for runners) or cadence and power output (for cyclists).  And the Under Armor SpeedForm Gemini 2 Record Equipped shoe brings in the new era of the smart shoe with smaller sensors and batteries. Lumo Run gives all these a “run for their money” with their Running Coach that also provides audio feedback to help runners stay “on track.”

Basketball: At present, the National Basketball Association doesn’t allow the use of wearable technology during official games. However, when training, professional basketball teams are using them to track workloads and movement to prevent injuries.  The Golden State Warriors’ record this last year serves as proof of the value that exists in data from wearable devices. They’ve gained a reputation for experimenting with wearable devices like the Catapult Sports and OmegaWave to assess a player’s functional readiness. Perhaps this is why the franchise has become one of the best teams in the league?

Winter Sports: Snowcookie is popular with skiers and was one of the finalists of the Make it Wearable Challenge by Intel. It’s a project from a Polish team to help improve skiing skills that utilize an Intel Edison to compile and process the massive data that skiers generate. Snowcookie connects skiers to a network of distributed devices that can improve skiing performance. The result is a better, safer, and more connected skier.

Water Sports: For all you “water babies,” Wearable Tech has rated the best fitness trackers for water sports. Some of them include the Nokia Steel HR, the TomTom Spark 3, Garmin Vivoactive 3, Fitbit Ionic, Fitbit Flex 2, Moov Now, Samsung Gear Fit2 Pro, Misfit Shine, and Apple Watch Series 3. They also rated these devices based on how much pressure they can withstand (not how deep they can go).

Wearable devices have demonstrated great success for any athlete who needs feedback on performance. They also hold great promise in minimizing sports-related injuries and helping to provide not only training but recovery platforms.  The number of professional and consumer fitness devices that are available is growing every day. Today there are more than 300 wearable fitness devices on the market. Not only is the competition fierce when it comes to sports, but it’s also growing more so amongst the companies that market and sell these devices. This is good news for all of us. Having more choices is always a good thing!