Black Friday deals seem like they begin earlier every year. Most of the bigger retailers don’t even wait until Friday to roll out the specials on big-ticket or most wanted items. We are here to offer you some insight into this year’s tech deals. Whether it’s about a new 4K TV or how to get […]
Schedule Free Consultation

Black Friday deals seem like they begin earlier every year. Most of the bigger retailers don’t even wait until Friday to roll out the specials on big-ticket or most wanted items. We are here to offer you some insight into this year’s tech deals. Whether it’s about a new 4K TV or how to get that great new gaming system running, we will do our best to help make your Black Friday tech shopping a bit less stressful. 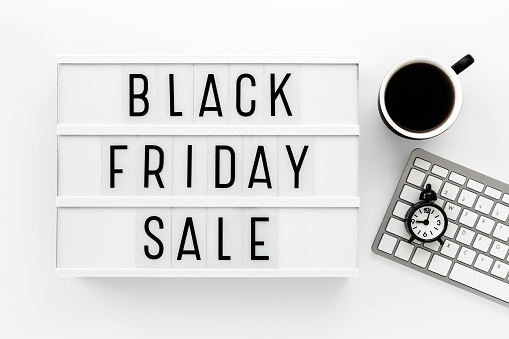 Once again, this year the deals (and lines) will begin at 6:00PM on Thursday, Thanksgiving Day at most retailers. But is it worth your time and aggravation to wait in line half the day or more on Thanksgiving, or should you stay home and overeat on turkey and stuffing? After all, the same retailers will have the same items available (mostly) on their website for the same prices and quantities, but with less physical violence over a toaster oven.

First, we’ll look at Best Buy. The electronics giant seems to be bucking trends and will open at 5:00PM Thursday night, then reopen at 8:00AM Friday morning. Their ad is highlighted by 4K TVs and deals on video games, movies, and phones/tablets. The 4K TVs have savings ranging from $150 off to $350 off, depending on brand and size. In particular, the Sharp 50” 4K TV is only available in stores and will be on sale for $180, a savings of $320!

There are savings (albeit small) on Amazon Kindle Fire, Apple iPad Mini 4, and loads of accessories for your TV or gaming system. Several Chromebooks are also on sale, most over $100 off. The big one to watch here is the Microsoft Surface Pro Core M, which is on sale for $629 (that’s $370 off!).

On the gaming side, Best Buy is offering a PS4 1TB console for $199, a savings of $100 off retail. That’s a good deal for the PlayStation fan on your list. Best Buy will have the Xbox One S 500GB console for $229, which is $40 more than both Wal-Mart and Target. However, getting the console at Best Buy will also net you a free second wireless controller and a downloadable copy of Madden 18 video game. This amounts to $50 off the console and $120 worth of extras for free. Or you can get the Xbox One S on its own for $189, which matches Wal-Mart and Target’s price. Either way, expect quantities to be severely limited.

If you’re desperate for a new 4K TV or getting that free football game with your Xbox, I suppose standing in line could be viable. But in all honesty, is it worth it when you could be sitting on your couch and order the same items from your phone, getting the same deals and free shipping?

✅ ECW Network & IT Solutions - Managed IT Services In Fort Lauderdale wants you to have a happy Thanksgiving and a productive Black Friday experience. Look for more Black Friday tips from us tomorrow.