Celebrate Being a Geek!

June 13th is the Day to Celebrate Being a Geek! When you hear the word “geek” what image does your brain conjure up? If you’re like some people, this might be a bespectacled young man who uses his razor-sharp mind to write binary code for those nifty apps that you’ve become accustomed to as you […]

June 13th is the Day to Celebrate Being a Geek! 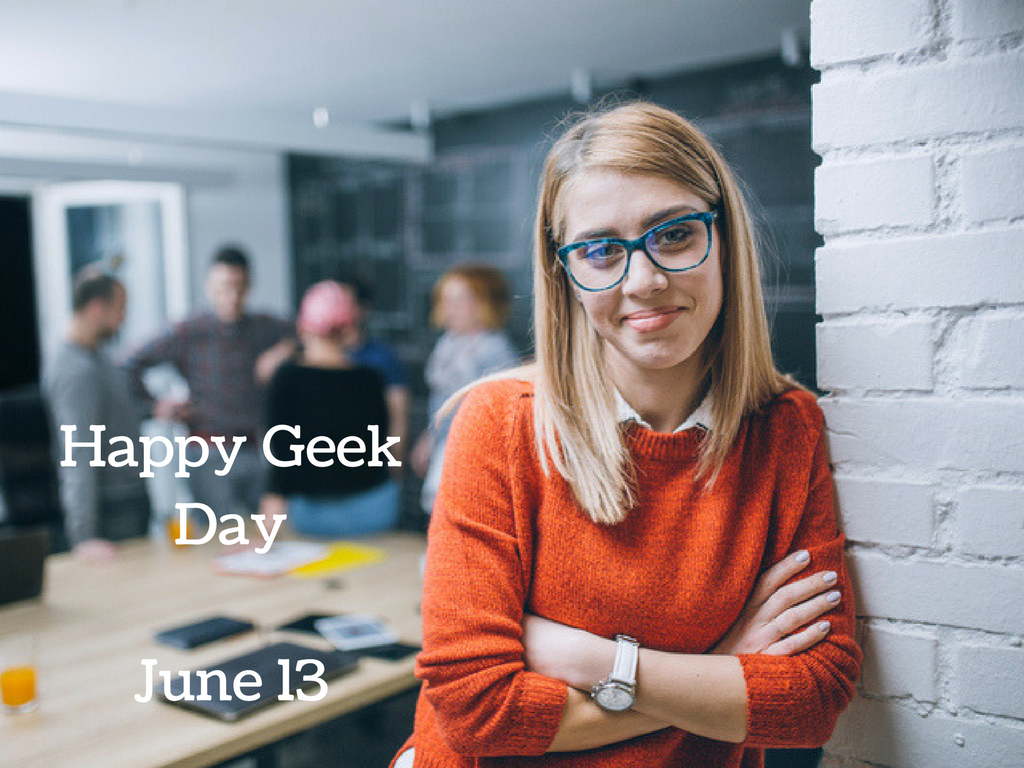 When you hear the word “geek” what image does your brain conjure up? If you’re like some people, this might be a bespectacled young man who uses his razor-sharp mind to write binary code for those nifty apps that you’ve become accustomed to as you streamline your busy life. While that is certainly one way that a person can be a geek, it is far from being a club that is exclusive only to those people who are into computers. In fact, these days, you can find geeks in nearly every sector and industry.

June 13th: Geeks Will Take Over the World

Well, not really. However, June 13th IS the day that has been proclaimed to be “Embrace Your Geekness Day.” While the word geek hasn’t always been a compliment, these days geeks are trendy. Even those people who used to be called “sports fans” or “sports nuts” are now referred to as “sports geeks.”

What Exactly is a “Geek” Anyway?

This might be a trick question since there is no one-size-fits-all definition of a geek. It’s safe to say, however, that computer geeks now run the world to some extent. Whether they do so behind the scenes by writing code or engaging in other engineering tasks or they enter the picture when there’s a problem in the form of repair, having a strong interest in, and knowledge of, computers is almost imperative if you want to stay abreast of the ever-changing world of technology.

Geeks also refer to people who have a consuming obsession in one — or even more! — things. In many cases, geeks can talk about their favorite subject for hours, spouting useful tidbits and facts. These obsessions can be as unique as the people themselves and can run the gamut of interests. Comic books, Star Wars, cosplay, LARP, Pokemon, Medieval reenactors and video games are just a few of the numerous interests that your favorite geek might hold.

How Can YOU Celebrate “Embrace Your Geekness Day”?

Are you a closet geek who has an obsession that no one else knows about? Celebrate “Embrace Your Geekness Day” on June 13th and find other fellow geeks that you can connect and bond with. If there is one thing that geeks love to do, it’s talk about their interests. What better way to do that then to proclaim your geekiness loud and proud so other geeks that share your interest can find you? Who knows what will come of it if you join or grow your community of geeks? By combining your knowledge, creativity, and imagination with other like-minded geeks, it is entirely possible that the next great gadget, tool or media presentation will result.

So, what are you waiting for? You better start making plans now so you can celebrate “Embrace Your Geekness Day” in style on June 13th! At ECW Network & IT Solutions, we love geeks of all types! We’d love to hear your ideas for making this year’s “Embrace Your Geekness Day” the best one ever! Contact us via Info@ecwcomputers.com or call us at (561) 306-2284 for more information.